Despite a rocky road to The International 10, including nearly a dozen roster changes, this team will play their absolute hardest.

Most people know T1 as the biggest name in League of Legends. They’ve always been one of the strongest contenders in the game, so it wasn’t surprising that the team eventually decided to cross over and try its hand at Dota 2.

SteelSeries first came on board as T1's headset sponsor this year, and now that we’re backing this incredible team, we can’t wait to see where The International Dota 2 Championships takes them this year.

How did they get here?

T1 is still a fairly new player in the competitive Dota 2 scene, having joined in 2019. Before then, T1 dominated in League of Legends. But after chaining together three world championships, T1 set its sights on Dota 2 instead. Their success was slow-going at first, and throughout the next year they took a measured approach to creating a roster that worked well for them, with an entire year up their sleeve to work on team synergy and practice from there without major tournaments on the horizon.

Even with over 10 different replacements to the team in 2020, T1 was able to find the perfect combination of members while working on its roster, when it completed the final lineup in 2021. In 2021, while competing in the tournament circuit, T1 dealt with losing its headliner player in Kuku to COVID-19 and a failed trial period for JaCkky. Throughout the second half of the year, after dealing with more than a few setbacks, the team was able to come back strong and defeat several major teams at commercial tournaments, including victories at ESL One Summer 2021.

Now, with the best possible lineup for T1 and a renewed sense of purpose and excitement, they'll compete as the one of the few Southeast Asian teams representing the region at The International 10 in Bucharest for Dota 2 supremacy.

What to watch for at The International 10

This year could be anyone's game. T1 is comprised of a litany of pros throughout different games. They bring a massive amount of experience with them. After locking in their place at TI during their regional league's second season, they're ready to take on all comers.

Ever since joining the SteelSeries family in August 2021, T1 has been using the new Arctis Prime headset, though some of the players like the Arctis 5 and Arctis Pro + GameDAC because of the RGB capabilities. We totally understand - we absolutely love customizing our headsets and other equipment with the looks we love. And while that might not give any sort of tactical advantage in terms of professional play, you can't deny that it totally looks cool. We're ready to follow T1's journey throughout TI 10 no matter what the members end up choosing.

Why are we so thrilled to be working with the team? T1 has players who have been in the space for a number of years but in a variety of other teams. This is the first time they've found themselves in this mix, which really clicked for them.

As The International 10 wears on, we're beyond excited to see how T1 performs. This is a historic event and could see T1 bring home a well-deserved victory, and we're proud to be at the helm right there with them, providing the equipment they need to rise to the top. 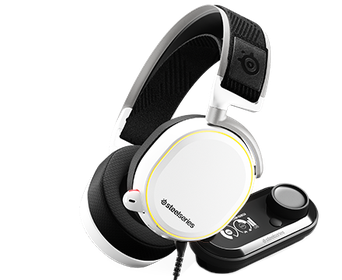